In order to participate on Pentathlon Events you need to have a current membership. Click Here to Buy your membership

The other time sensitive reminder is for our first event of the season, scheduled to take place on December 1st in Red Deer area. Check our new website for information about this event. We apologize for the delay launching our new website. We are in final stages of resolving the competition registration process and are excited to announce that annual membership registration has been launched!

It is a privilege to be reporting on the 2018-2019 Season. It was a dynamic season that saw many Alberta pentathletes train and compete actively, from provincial competitions and nationals, to 10 athletes attending international events including World Championships’ and Pan Am Games.

I will start by sharing the stories of some of many incredible athletes. The 2018 competition season started with three Senior Alberta athletes who qualified to represent Canada at the Pan American Championships, in Lima, Peru, in November 2018. This was a qualifying competition for Canada to earn Pan Am Games positions. The Canadian delegation consisted of 7 pentathletes; three of which were from Alberta. This was the first opportunity for all three athletes – Joel Riker-Fox, ARES; Claire Samulak, NOVA; and Shauna Biddulph, NOVA – to represent Canada at this level.

For Shauna this was her first big competition after a 3 year leave to raise her young daughter. Shauna earned 16th place, the top finish for the Canadian women. Claire finished 29th at the same competition, and Joel finished 23rd in the men’s event. Shauna also competed in Barcelona, Spain, and Bern, Switzerland, in March of 2019, placing 13th in both competitions. Joel joined Shauna in Barcelona, finishing 23rd, following a 31st plact finish at the French International Open the week prior.

With their local and international results Claire, Shauna, and Joel also qualified to represent Canada at the Lima Pan American Games in July 2019. Canadian Team coach, Bob Noble’s summary of the three Alberta pentathletes at the Pan Am Games follows: “Shauna finished 16th in the Women’s Individual. Her best performance came in the Women’s Team Relay fencing ranking round. Out of 20 competitors she tied for third. Claire Samulak was only three spots behind Shauna at 19th overall… A highlight of her competition was her equestrian show jumping performance. Claire was truly the stand out performance of this ride. Joel had steady results across all sports contributed to a 15th place finish in the Men’s Individual.” Both Joel and Shauna achieved the national team standard in the 2019 season. Congratulations to both on this first-time achievement.

ARES coaches Josh Riker-Fox and Darragh O’Malley lead a Canadian delegation of 8 youth athletes to compete at the Youth World Championships in Sofia. Bulgaria, July 18th to 24th, 2019. The seven Alberta athletes who attended train with ARES; Anna Wang, U17; Nadine Metwali, U19; Sydney Lutz, U17; Victoria LaSalle, U19; Emilio De Leon, U17; Gavin Pigott, U19; Quinn Shultz, U17. Josh reports Emilio, Anna and Gavin had best times in the pool and Sydney finished second in the fence in her semi-final. Gavin, Anna, and Sydney achieved PA National High-Performance Standards and Victoria, Emilio, and Quinn reached the Provincial Standards. Congratulations to our youth athletes on their accomplishments. In conclusion Josh and Darragh shared they were thrilled and proud of how dedicated these youth athletes were in their preparation and sportsmanship at the event. Thank you to our all club coaches in ARES, and NOVA for supporting and preparing athletes for international competitions.

Claire Laing along with one other Canadian athlete attended the recent Biathle/Triathle World Championships, October 27-29, 2019, in Florida. She competed in both the individual event and mixed relay open division where she reports having a great experience and good performance. Connie Olsen attended the first NORCECA Master Pentathlon Championships in Atlanta, Georgia on October 6th, 2019, with two other Canadian pentathletes. Connie reports she delivered a solid performance in Tetrathlon event.

This year Pentathlon Alberta hosted one clinic and three competition events; the Fall Invitational in December 2018 at Repsol. This competition was well organized by Josh and all reports indicate a great and fun event with good attendance. Team Aquatics Supplies sponsored the event and provided some great prizes.

In January there was a riding and laser-run clinic held at Kaspian Equestrian Centre near Olds. This event was organized by Megan Ostrikoff and Kali Sayers and was a great chance for pentathletes to improve their riding at all levels.

The annual Western Winter Nationals was held in February 2019 at the University of Calgary, with the riding competition being held at the Kaspian Equestrian Centre. This riding portion was organized by Gillian De Lure with the support of Bob Noble. It was another bitterly cold February day and we were fortunate to have a facility that could accommodate the horses to be warmed up pre- and post-event! It was a well attended competition and a qualifying event Pan Am Games. Many great performances and personal bests were achieved. Josh again delivered a top-notch event, as did the riding organizers, including a scrumptious meal and lots of fun, concluding with awards at the U of C Track. The event was sponsored by Greenhawk, and TAS who were generous sponsors providing a wide array of prizes.

The last competition event hosted by PA was our annual Provincial Championships. This year we held at the same venues as previous year; Riding at Laye De Luck Stable in Delacour, organized by Jenn Laye with the support of Jane Rusconi. Kali Sayers organized the other 4 events. At the Repsol Centre we had the swimming and fencing, and we finished with the Laser Run event at the Glenmore Track. We concluded the day with our annual BBQ at Sandy Beach. We were delighted to have a Pakistani team attending this event, and their 2 athletes contributed a lot of fun to the day. This event was generously sponsored and supported with prizes from our sponsors Greenhawk and Team Aquatics Supplies.

This year PA had a large delegation attending the annual Nationals competition, held in Langley BC. We enjoyed great weather which, while quite hot, was enjoyable. Bob Noble was the organizer of the event. The venues were great and convenient allowing for rest time between events. This was the last Pan Am Games qualifying event. Award Ceremony was concluded with announcing the Pan Am Games qualifiers followed by dinner at the Old Spaghetti Factory.

This year the PA Board experienced transition. New incoming board members were Vicki Pigott, who took on the Treasure position. Vickie has delivered after taking on this steep learning curve. Thank you for this hard work. Reyes Bertolin also joined and filled position of Secretary. She brought much experience and delivered on identifying an insurance plan and upgrading policies accordingly, along with the regular Secretary duties. Melanie McCann, our Olympian on the Board, is also new to this work and was a great asset contributing in various areas including updating High Performance standards. Michelle Ostrikoff took on another term assuming the VP role and was a great support. Michelle has taken on various initiatives including the website where she has worked on transitioning to a new website provider, as well as overseeing club grants, and much more.  Bob Fraser joined our Board and contributed in various domains including equipment management.

Now to attend to the athletes that have not been named. I want to congratulate you all on your ongoing dedication to training and competing in our sport. This a challenging multi-sport that requires incredible determination, courage, and resolve to endure and succeed at. Your contribution to this community in invaluable. To all our coaches as well, a big congratulations on your dedication our athletes. We had an incredible year that saw results locally and internationally, due in no small part to all your ongoing dedication and admirable work. To those who are returning to another season in your club; welcome back and wishing you continued success. To our newer athletes; I look forward to meeting you during upcoming clinics and competition events.

On behalf of the Pentathlon Alberta Association, I can report it has been a privilege for the Board to be able to extend financial support to many athletes.  The Board has outlined a plan for the coming Season to include the three 3 key events. The Fall Invitational is scheduled to take place in Central Alberta in Red Deer Area on December 1st. Check the website for details and registration. Of note PA has secured a partnership with Team Aquatics that entitles PA members to benefits and discounts. To all our supporters, local clubs, board officers, officials, coaches, and parents; thank you for all that you do! With your support we continue to grow as a vibrant and thriving organization. I look forward to seeing you all during our new season. It has been a privilege to be serving as your President for the last four years. 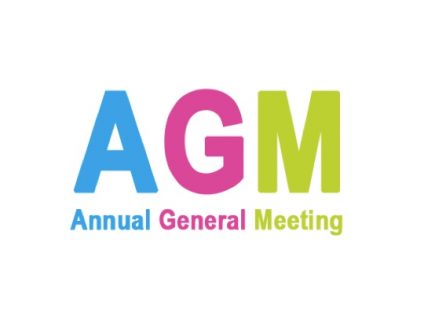 The 2019 Pentathlon Alberta Annual General Meeting has been set for Sunday, November 10th, 2019. The

Hello Pentathlon, It is a privilege to be reporting to you as the PA president as we have wrapped up